On Saturday my family and I attended the opening of the Lukomorie Quilt Festival. I knew not what to expect at all and was pleasantly surprised. It was quite a production! Everyone was invited to sit in the auditorium of the Culture House/Dom Kulturi (Art Center would be equivalent in English I suppose, government sponsored), a lovely old building of former grandeur. 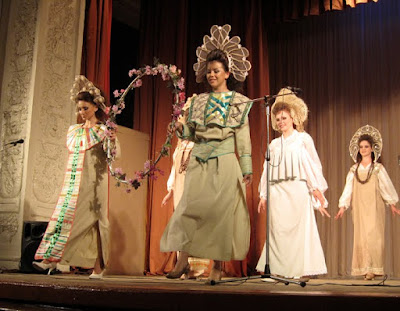 The show started with a traditional Russian dance number welcoming the guests and then the organizer of the event, Natalya Urievna Kos'yankovkaya said a few words. 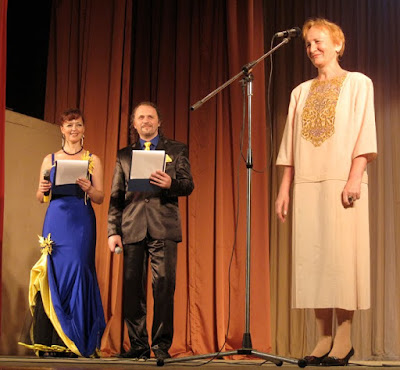 Several musical acts followed, interspersed with traditional and not so traditional dances by a girls dance troupe. 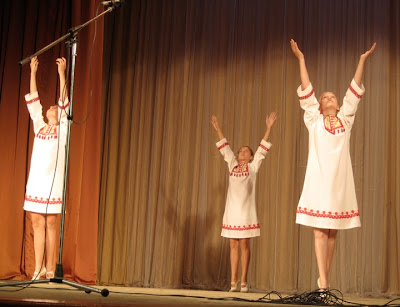 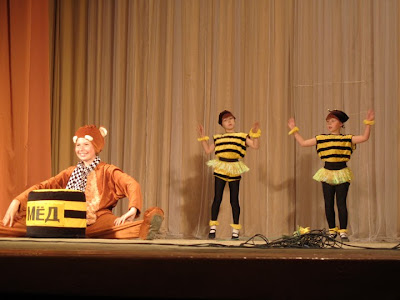 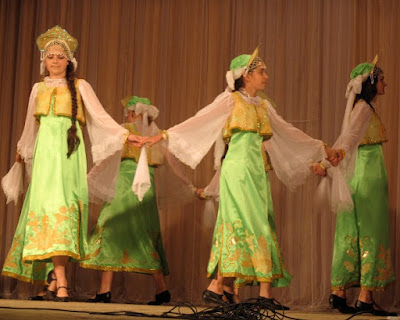 Then everyone was invited to view the exhibits in the halls as the jury (quite distinguished, composed of artists and art/folk historians) went forth to judge the works. There were three halls of works submitted for jurying: two in this building and one in the Folk Museum down the street. Another exhibit on the second floor of the Culture house presented works by professional, well established artists. I took tons of photos, so I will break this up into a few posts. In today's post I'll show you a few of my favorites from the Dom Kulturi exhibit halls. All art quilts were hung salon style, it was hard to take straight on photos, so please pardon the trapezoidal shapes through out...
In the first floor hall held rather large abstract works that covered entire walls and were made by group efforts of several quilt guilds. I loved this one for it's sheer textures, I am a sucker for those. It's by the Quilt Studio Krinitza from St. Petersburg and is called "Africa. Jungle." 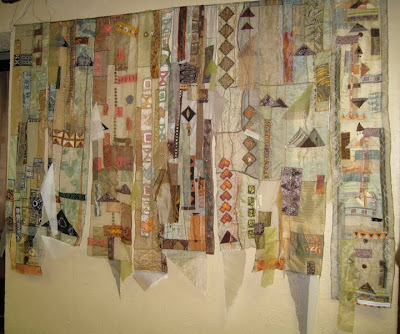 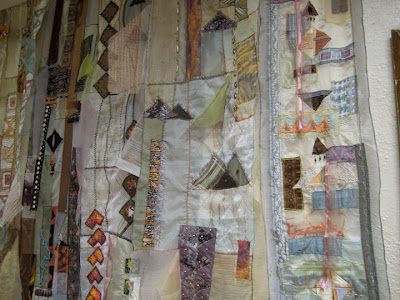 On my way upstairs, I met these two ladies, girls after my own heart. Their outfits were decorated entirely by little folded squares of candy wrappers. They said they didn't eat all that candy, but asked the local kids to save the wrappers for them.. 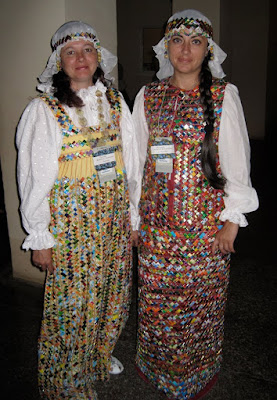 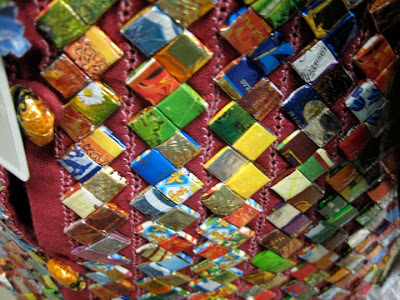 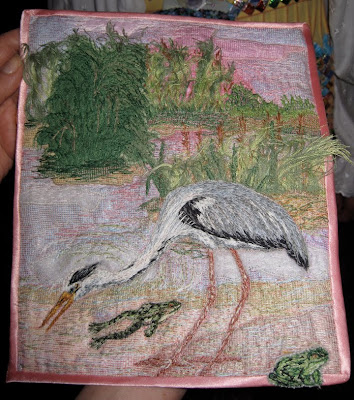 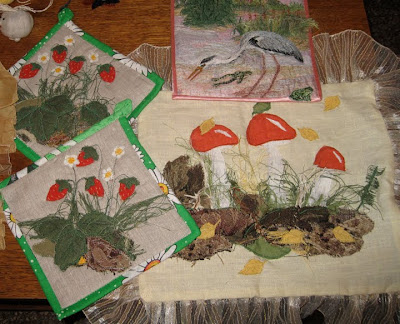 I loved these two works hung diptych style by Irina Fomina from the Ukraine. The top one is called "Big White Poppy" and the bottom one "Hadji Murat". 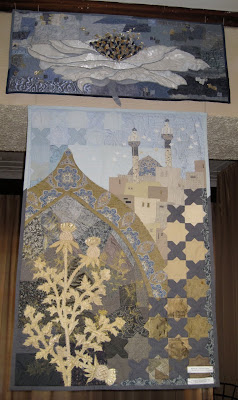 The deep rich reds attracted me to this piece by Vera Kamentzeva from St. Petersburg, called "Iris". Vera and I had chatted at the Fiber Revolution opening and bonded over our love of recycled fabrics. This piece is recycled and hand stitched entirely. 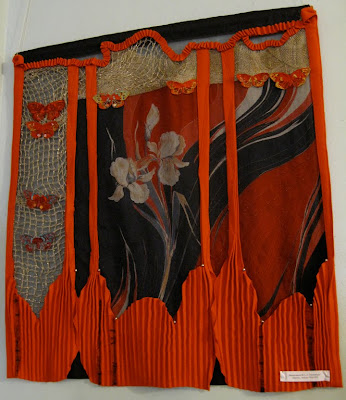 My new found love for felting found this piece by Ludmila Afonkina from the town of Serpuhov in the Moscow region. It was called "Magic Flight". 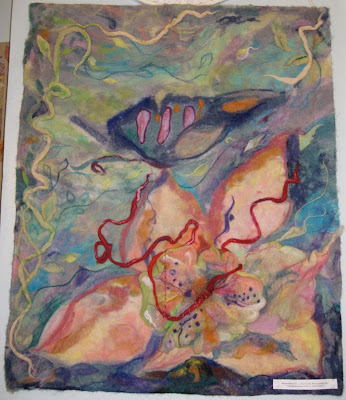 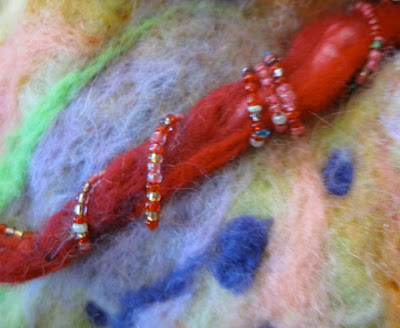 Posted by Natalya Khorover Aikens at 8:35 AM

What delightful, creative and unexpected work. I hope you know what I mean. I think I meant to say fresh!!

Great pictures! The work is wonderful and in the same way we inspire them, they inspire us! I love the details of the felting and stitching! It seems that you are having a great time!

Wonderful work and super pictures. Thanks for sharing your adventures with us.
I have finished my Pain quilt!

Thanks for sharing your travels with us!